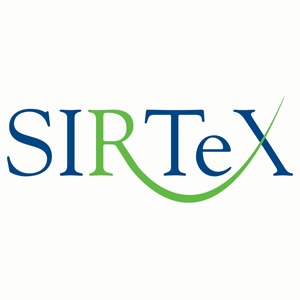 Sirtex (ASX:SRX) announced today that the UK National Institute for Health and Care Excellence (NICE) has issued a new Medtech Innovation Briefing (MIB)1 stating that NHS doctors and commissioners may consider SIR-Spheres Y-90 resin microspheres as an alternative to standard therapy with trans-arterial chemoembolization (TACE) or sorafenib in the treatment of patients with inoperable primary liver cancer (hepatocellular carcinoma or HCC).

The new NICE MIB states that patients with inoperable HCC have a poor prognosis and limited effective treatment options, and that existing clinical research evidence suggests that SIR-Spheres Y-90 resin microspheres are as effective as both TACE and sorafenib.

One of the MIB specialist commentators noted that SIR-Spheres Y-90 resin microspheres are also better tolerated than TACE, with fewer incidences of post-embolisation syndrome and shorter in-patient hospital stays.

Professor Daniel Palmer of the University of Liverpool and Clatterbridge Cancer Centre said that, “This NICE MIB is welcomed, as it opens the door for UK HCC patients to have access to SIR-Spheres Y-90 resin microspheres as a well-tolerated alternative to other standard therapies. Whilst exciting further research with this technology is already well along the way to completion, the new NICE MIB advice may be particularly important now for our patients who cannot tolerate TACE or sorafenib, or are ineligible for these treatments.”

Patient advocate Andrew Langford, Chief Executive of the British Liver Trust, stated that “For many years, patients with inoperable HCC have had access to only two effective therapy options. Now, with the publication of the NICE MIB, NHS patients will have a further option in the form of SIR-

Spheres Y-90 resin microspheres. This form of local radiotherapy is well-tolerated and convenient for the patient.”

Nigel Lange, Chief Executive of Sirtex Europe, said that, “We are pleased to have received the NICE MIB for the treatment of inoperable primary liver cancer with SIR-Spheres Y-90 resin microspheres. It is a difficult cancer to control and better therapies are needed to treat patients safely and effectively, with special attention to the quality of their daily life, which is of utmost importance. We are also working to provide further strong evidence of our technology's effectiveness and safety in treating unresectable HCC. Results of the large SARAH study are expected to be available later this year. Another large HCC study, SORAMIC, has completed recruitment in the palliative group with results expected in 2018. A third large HCC study, SIRveNIB, is expected to complete recruitment this year, as well.”

MIBs are designed to support NHS and social care commissioners and staff who are considering using new medical devices and other medical or diagnostic technologies. The briefings are prepared centrally to help avoid the need for organisations to produce similar information locally, so saving staff time, effort and resources. The information provided includes a description of the technology, how it’s used and its potential role in the treatment pathway. A MIB also includes a review of relevant published evidence and the likely costs of using the technologies. They are designed to be fast, flexible and responsive to the need for information on innovative technologies. MIBs are commissioned by NHS England and produced in support of the NHS 5 Year Forward View, specifically as one of a number of steps which will accelerate innovation in new treatments and diagnostics.

Hepatocellular Carcinoma (HCC) is the most common form of primary liver cancer – cancer that starts in the liver. HCC is the sixth most common cancer in the world and the second most common cause of cancer-related death2. It affects mainly patients with cirrhosis from any cause, including viral hepatitis and alcoholism and occurs with greatest frequency in regions where hepatitis is most often diagnosed, such as in the Asia Pacific region and Southern Europe. HCC can be treated surgically by resection or transplantation with some chance of long-term survival. However, these options are not available to the great majority of patients. For patients with unresectable HCC the outlook is bleak, with survival ranging from a few months to about two years depending largely on the extent of their tumours and state of their liver at the time of diagnosis3. As the February 2016 NICE Meditech Innovation Briefing on SIR-Spheres Y-90 resin microspheres makes clear, there are only a few proven local and systemic treatment options available for unresectable HCC. No new option has been tested successfully in large studies for almost a decade.

SIR-Spheres Y-90 resin microspheres are a medical device used in an interventional radiology procedure known as selective internal radiation therapy (SIRT), or radioembolisation, which targets high doses of radiation directly to liver tumours. The treatment consists of tens of millions of radioactive Y-90 resin particles coated with the radionuclide ytrrium-90 (Y-90), each no bigger in diameter than a human hair. Interventional radiologists inject these resin particles, or microspheres, into the hepatic artery via a catheter inserted into the femoral artery through an incision in the groin. SIR-Spheres Y-90 resin microspheres become lodged in the capillaries that surround liver tumours, where they deliver a high dose of short-range (mean 2.5 mm; maximum 11 mm) beta radiation to the liver tumours, while sparing healthy liver tissue. The low specific gravity of Y-90 resin microspheres allows the blood flow to evenly distribute the radioactivity within and around the liver tumours.

SIR-Spheres Y-90 resin microspheres are approved for the treatment of inoperable liver tumours in Australia, the European Union (CE Mark), Argentina (ANMAT), Brazil and several countries in Asia such as Turkey, India, and Singapore. The product is also supplied for this use in countries such as Hong Kong, Israel, Malaysia, New Zealand, Taiwan and Thailand. SIR-Spheres Y-90 resin microspheres are approved in the United States (FDA PMA approval) for the treatment of non-resectable metastatic liver tumours from primary colorectal cancer in combination with intra-hepatic artery chemotherapy using floxuridine.