What's new with HPB in December? 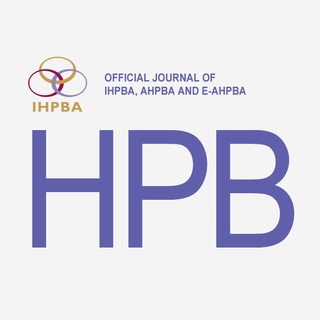 In the December issue of HPB the interested reader can find a spread of interesting topics covering basic science, novel clinical applications, and some sobering data for thought.

Starting with novel clinical applications as highlighted by Prof S Wigmore, Pelso and colleagues have reported on the use of indocyanine green (ICG) to increase the sensitivity of intra-operative detection of radiological occult liver metastases (by CT or IOUS). Twenty five patients underwent bolus administration of ICG the day prior to resection. At time of laparotomy near infrared camera was used to scan the liver. The camera detected a total of 77 lesions which compared to only 45 detected by pre-operative CT or 55 detected by IOUS. The main advantage of using the new technology was in the detection of sub 3mm nodules. The authors indicate that it should be used in conjunction with IOUS as the infrared camera tends to identify more peripheral lesions. So should this now be the standard of care for modern staging of colorectal metastases. Several questions remain. Firstly as Prof Wigmore points out in his editorial highlight many would regard that pre-operative MRI as the standard of care and thus it may be difficult to interpret these results without these findings. As a counter to that many would argue IOUS is the gold standard. No information was provided as regard to the chemotherapy status of the patients and is it possible that could affect sensitivity. The readers are also not told in how many patients did the planned operation actually change or were many of these lesions within the planned resected field. In addition one wonders whether this technology could be applied in a minimally invasive way or even in pre-op setting where it is likely to have maximal benefit in changing management. So like many good studies it raises more questions that need to be answered but it seems that one should watch this space.

There are three further papers in the current issue that should cause all pancreatic surgeons to reflect on the concept that a truly great surgeon is one who knows when not to operate. The first study is highlighted by Prof. M Callery and comes from Canada by Dumitra et al. In this study the authors aimed to use a combination of the CA19-9/bilirubin ratio and the Mcgill Brisbane symptom score (weight loss >10%, smoking, jaundice and pain) in an effort to predict survival in those with pancreatic cancer. Importantly the authors did not separate patients out by radiologically resectability arguing that this has not previously shown to be that important for the McGill Brisbane score in terms of predicting survival. The authors identified survival at 9 months as the binary end point on which to base success or failure of the predictive scores. The initial results are impressive. In those with a high combined MBSS and CA19-9/bilirubin ratio the survival was appalling with a median survival of 8 months and no patient alive at 11 months. This compared with those in the converse group whose median survival was 17 months with range of 11-32 months. Critically however the numbers of patients were small (paper by the group from Verona. The authors have compared two large cohorts of patients undergoing resection for pancreatic cancer across two decades. The data demonstrates an improvement in early survival and median disease specific survival with time that appears to be due to better patient selection (as reflected by lower median CA19-9 in the latter group of patients who underwent resection) and increased use of adjuvant chemotherapy. Yet even in the most recent decade 14% of patients were still dying within the first 12 months following surgery. Although the authors identified an increase in median survival in the most recent decade this was still based on what appeared to be actuarial data. Estimates of 5 year disease specific survival were in the region of 20-25%, yet it is well known that actuarial data can significantly over estimate actual survival. This is clearly illustrated in an elegant study by Chen and colleagues who publish an impressive series of over 500 patients who have undergone a pancreaticoduodenectomy and had at least 5 year follow up. The results make sober reading of the 169 patients operated on for pancreatic ductal adenocarcinoma only 11 (6.5%) were alive at 5 years and subsequent to that a further nine had died within the following five years. In addition a large percentage of patients would appear to have died within 12 months of surgery. One may argue that is not contemporary data (time period was 1974-2006) and only 43% of overall series of patients received chemotherapy (c.f with 78% in Group from Verona treated in last decade). Despite this it reinforces the importance that pancreatic cancer should be regarded as a disease that can only be palliated and therefore more emphasis needs to be placed on quality of life. Identification of those who will truly benefit from an intervention will be crucial. This will be particularly important as the boundaries of what is considered resectable and new adjuvant therapies continue to be expanded. Just because we can, may not mean should.