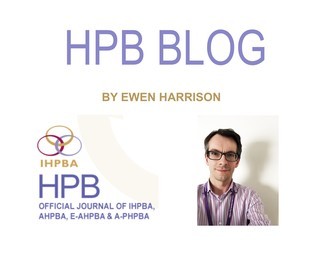 I have just returned from the North Sea HPB Symposium on the beautiful Lofoten Islands in the distant north or Norway. This is the second meeting of this group of northern European surgeons and the discussion was rich and satisfying.

Satisfying because it focused mainly on the day-to-day management patients undergoing HPB surgery. For instance, the great variation in Europe in the investigation and management of the various presentations of possible gallbladder cancer.

Complications after surgery were discussed in detail as well. A theme which is prominent in the  March issue of HPB. No fewer than seven papers deal with outcomes and complications following pancreas surgery and a further five studies in liver surgery.

Failure-to-rescue (FTR) features strongly. This now common term describes patients who have a complications which they do not recover from. Gleeson looks at patient-level predictors of FTR after pancreatectomy and finds reintubation and renal failure are strongly associated with mortality. The message seems clear, if organ failure can be prevented through the timely management of complications, then perhaps mortality can be reduced.

Merath also reports on FTR, but using the interesting concept of "cost-of-rescue" - the average Medicare payments for patients who were rescued from complications. North American health economics is a complete mystery to me, but those hospitals with highest cost-of-rescue unexpectedly had the worst outcomes. Early effective management is cheap while late ineffective interventions are expensive? As we all look to control healthcare spending, cost effectiveness in the management of complications will become an increasingly important area.

Rystedt looks at pancreatoduodenectomy patients with >1000 ml blood loss. The only modifiable risk factor in this observational study was an association between preoperative biliary drainage and bleeding. In my own hospital, the practical logistics of fitting these patients into a busy schedule at short notice means the unstented group are undoubtedly lower risk patients. It is not clear that this is controlled for in this analysis, but biliary drainage in general is clearly an important issue.

Baekelandt looks at patient-centred outcomes after pancreatic surgery. This is something I think is particularly important and council my own patients in detail. There is great variation in pain/fatigue/anxiety between patients, but little association with complication rate. I would be interested in seeing individual patients QoL before and after surgery. Compliance is often an issue when collecting these data, as it was in this study (baseline 60%, 3 months 39%, 6 months, 28%). Better use of mobile apps and other technology will hopefully improve this.

Butler reports on pancreatoduodenectomy in patients with liver cirrhosis. The overall 90-day mortality was 17% and a quarter of patients with MELD >10 died. Portal hypertension seems a reasonable absolute contraindication and is in my own practice.

In liver, there is a thoughtful comparison of patients and outcomes undergoing surgery for perihilar cholangiocarcinoma between two centres in the US/Amsterdam and one in Japan. There are differences in almost all aspects of practice, which make fascinating reading for anyone doing this surgery. From approaches to drainage, portal vein embolisation, and resection, there is much to think about and learn from in the comparison of two very different patient populations.

There was no live operating sessions at the meeting in Norway, other than the evisceration of some unsuspecting cod. Although video presentation of surgical procedures has become common, live operating is still used in many specialty training courses. I'm glad Ratti and colleagues have looked at outcomes from patients operated upon during live events, as I have often wondered. I'm was pleased to see that in minimally invasive liver surgery, complication and mortality rates were not elevated.