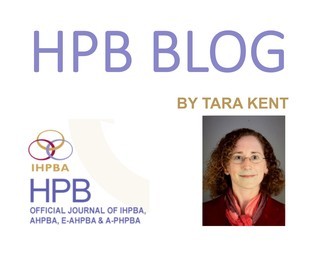 In writing this, my second blog as Associate Editor for HPB, I am inspired by the broad scope of this month’s papers. Our diverse HPB community is again reflected, both in terms of research focus and country of origin of the various papers. In the November issue of HPB, you will read papers by authors from North and South America, Europe, Asia, and Australia. Several of these papers are multicenter studies, with collaborations by researchers from different regional chapters of IHPBA. Authors are trainees as well as senior surgeons. The research methodologies and the questions investigated are diverse as well, with papers focusing on technical aspects of surgery, risk factors for complications, and on both benign and malignant entities.

Starting off with a paper using the Delphi approach to identify research priorities for HPB surgery in the UK, Knight et al report on the final list, at the top of which are topics relating to improving outcomes for pancreatic cancer and the operative management of colorectal cancer liver metastases. Next, a paper out of the US (Merath et al), also reports on HPB surgery as a whole, looking at local referral strategies to increase the value of surgical care. Interestingly, in this study based on MEDPAR inpatient files of elective liver and pancreas surgery, surgical quality was worst at the highest versus the lowest cost hospitals in terms of complication rate, length of stay, and mortality. The authors conclude the development of referral strategies to optimize this issue would be beneficial.

In this issue, hepatectomy is studied by Meyer et al (Switzerland) in the context of a systematic review and meta-analysis finding that thrombocytopenia is a risk factor for post-hepatectomy liver failure in both cirrhotic and non-cirrhotic patients. Looking at discharge destination after major hepatectomy, Mahvi et al (USA) used the hepatectomy-targeted NSQIP dataset to investigate predictors for non-home discharge. While this paper reports both preoperative and intraoperative factors associated with non-home discharge, the authors also find that the development of complications was not the main factor in non-home discharge and provide a nomogram to help surgeons with discharge planning for these patients.

Jouffret et al (France) looked at outcomes after second-stage hepatectomy for bilobar colorectal cancer metastases when there was progression on the future liver remnant (FLR). They found that, not surprisingly, prognosis was poorer after intrahepatic disease progression in the FLR following portal vein embolization, but suggest that second-stage resection should not be categorically ruled out, as there was some improvement in survival compared to those who do not undergo the second-stage resection in this setting.

Minimally invasive liver resection was the subject of two studies in this month’s HPB. Aghavan et al from Norway studied outcomes of laparoscopic vs open liver resection of posterosuperior segments as a sub-group analysis of the larger OSLO-COMET randomized controlled trial. Patients undergoing laparoscopic resection had higher blood loss, shorter length of stay, and similar operative times and complication rates as the open group. There was a short-term difference in health-related quality of life, as it was better in the laparoscopic group postoperatively, but evened out at 4 months. Sultana et al (UK) investigated the learning curve for laparoscopic minor hepatectomy, with a very interesting discussion about the distinction between standard and learning-curve CUSUM, as well as about potential differences in the learning curve for subsequent surgeon generations.

Two groups report on the subsequent treatment after Yttrium 90. Melstrom et al (USA) found that hepatectomy after Yttrium 90 treatment is safe in selected patients and is potentially helpful for those with limited or inadequate FLR. Along the same line of inquiry, Labgaa et al (USA and Switzerland) studied patients undergoing liver transplant or resection after TARE for initially unresectable hepatocellular carcinoma. Findings include extended median overall survival. Patients qualifying for subsequent liver transplant had no recurrence during the study, whereas those undergoing liver resection did have a 40% recurrence. The authors conclude this study indicates proof of concept. Looking at neoadjuvant therapy and colorectal liver metastases, Margonis et al (multinational group) evaluated the role of K-ras status in response to chemotherapy response. They found that different mutations had different impact on chemotherapy response in the study group, but the wild-type k-ras had the highest likelihood of a major response.

This issue boasts several papers on complications after pancreatectomy, including single-center study, large database analysis, as well as a sub-group analysis from a prospective randomized trial, and a national study of decision-making in post-pancreatoduodenectomy deaths. You et al from South Korea completed a large retrospective review and then developed a nomogram to predict postoperative pancreatic fistula. The authors present some variation in previously noted risk factors, here found to be male sex, elevated BMI, ASA status, low albumin, as well as the known small duct size and tumor type. The paper includes a detailed discussion of the Fistula Risk Score as well as its alternates. With a very different approach to the investigation of complications after pancreatoduodenectomy, van Hilst and co-authors from the Netherlands conducted a side study of the LEOPARD-2 trial, comparing inflammatory response markers in laparoscopic and open whipple and their association with complications. IL-6 was found to be higher after complications including clinically-relevant postoperative fistulas. Laparoscopy did not reduce the inflammatory response, but IL-6 was associated with complications and fistulas, whether open or laparoscopic, and the elevation was noted early in the postoperative phase, prompting the authors to query whether its measurement might help to identify complications earlier in the patient’s course. Perioperative transfusions were associated with an increased risk of postoperative infection after whipple in a NSQIP-based evaluation by Dosch et al (USA). With a transfusion rate of 20% in the dataset, there was a significant association with any infection, including pneumonia and sepsis. Patients receiving transfusion differed in pre-operative and intraoperative characteristics. Finally, a paper by Stevens et al from Australia and New Zealand, presents yet another view of post-pancreatoduodenectomy care, analyzing surgeon’s decision-making in cases of mortality. This study discusses the peer review of mortality process in Australia, identifying concerns for delayed recognition of complications in more than 20% of reported deaths, and problematic decisions to operate in 17%. The types of complications are also reported, themes presented for the reader, and the process itself is reviewed and highlighted.

Yet two other papers are about other approaches to resection – one (Umemoto et al, Japan) on the nutritional benefits of duodenal-preserving pancreatic head resection (PPP) for IPMN, solid pseudopapillary neoplasms, and PNET; and the other (Ore et al, USA) on outcomes after enucleation of PNET. Umemoto and co-authors present a retrospective study comparing complications and nutritional indicators among their study group compared to those undergoing pancreatoduodenectomy. The PPP group had less blood loss, shorter length of stay, and no difference in complications. Importantly, there was no new glucose impairment in this group. Short-term nutritional indices were better, but they evened out by 6 months. The authors provide technical details on this interesting approach. The study by Ore et al is another NSQIP study, reporting in a relatively small group from the pancreas targeted NSQIP data set, that enucleations were infrequently undertaken, that most enucleations were open, but the MIS group had a shorter length of stay with the same complication rate. Increased morbidity occurred in patients with prolonged OR time and associated with high-risk patients.

Within this issue, you’ll also find one paper on distal cholangiocarcinoma and one on ampullary cancer.  A multicenter study from Germany (Bolm et al) evaluated the prognostic relevance of preoperative Ca19-9/bilirubin ratio in patients with distal cholangiocarcinoma. The authors report that a higher ratio was associated with older age and lymph node positive disease. An elevated ratio was a negative prognostic factor in their analysis. This finding is potentially interesting as it may help with preoperative counseling, decision-making about order of therapy, and in postoperative surveillance. Zhao et al from China report on radiation therapy in patients with resected ampullary cancer, from the SEER database, finding that patients receiving adjuvant radiation therapy did not have improved overall or disease-specific survival, and in patients over 70, survival was actually worse.

This month’s issue of the journal includes a wealth of information on gallbladder disease! First, De la Serna at al from Spain report on a single center study of the safety and feasibility of cholecystectomy in octagenarians. In their study group, there was a 10% conversion to open, 14% major complication rate, and 4% mortality. Survival was decreased in older patients, those with cardiac history or high ASA class, as well as in those with acute cholecystitis, urgent surgery, and an open/converted approach. The authors conclude that given high mortality for cholecystitis in this age group, surgeons should consider percutaneous cholecystostomy instead for these cases. The other three manuscripts on gallbladder disease relate to management of malignancy in three different, but all interesting approaches. Manterola et al (Chile, Ecuador, Spain) completed a systematic review of the effectiveness of adjuvant therapy for patients with gallbladder cancer.  Some, fairly weak, benefit was found for adjuvant therapy for patients with positive lymph nodes, positive margins, or advanced stage. This paper includes nearly 10,000 patients, but the level of evidence is insufficient to make strong recommendations, highlighting the need for high level research into the benefits of adjuvant therapy for this group, as there is no standard currently. Next, a large retrospective study from MSKCC (Creasy et al) reports that complete resection has increased over time with changes in management including decreased likelihood of bile duct resection or major hepatectomy, but increased use of neo- and adjuvant chemotherapy. In this context, there has been no change in either survival or recurrence over time, and no association in this group between survival and adjuvant chemotherapy use. Lastly, Leigh et al (USA) compared outcomes based on the new AHPBA and AJCC guidelines for lymph node harvest in patients with gallbladder cancer. Importantly, in this study, lymph node harvest failed to meet the new guidelines in 80% of cases. The authors conclude that the surgical and pathology approaches need to be standardized, and that other lymph node basins may need to be included to increase lymph node yield.

This month’s issue of HPB provides insight into guidelines, prognostication, complications, operative approaches, and high value care. I hope you enjoy it!