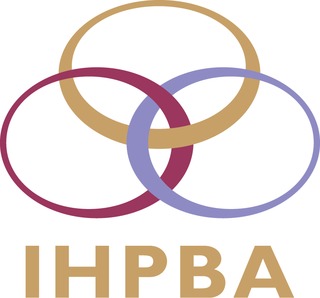 As my presidency comes to a belated end it has been an important time for me to reflect on the organisation over the last 2 years. When I assumed the IHPBA presidency I had many ideas about enhancing aspects of the organisation based on a very solid platform that those who came before had established. I wanted to advance the harmonization agenda, ensure new chapters especially in LMIC  and to ensure that we as HPB physicians were contributing to improving access to surgical care globally through our outreach and educational platforms. I had hope to visit many of the chapters, attend regional and local chapter meetings and to hold the IHPBA flag high at all these meetings. I was really looking forward to our flagship event the World Congress, and especially to visiting Melbourne.

I think we have achieved some of these objectives to a greater or lesser extent. But little did I know that the Covid pandemic would really make my presidency challenging and a lot harder than I had expected. I returned from an outreach and chapter development meeting in Vietnam in December 2019 and developed a flu like illness that flattened me. I usually recover from flu very quickly and usually do not even need to take of time from work. My wife was even sicker than I was but we eventually recovered and I thought I had just had a variant of some Asian flu that I had no immunity against.

In March 2020 when in Miami for the AHPBA regional meeting, the pandemic had reached the US shores and I was astounded by the response I was seeing around me and to be honest thought that much of the change in behaviour around me was excessive. Well, my wife still teases me about this.

The rest as they say is history. So over the next few months we were faced with huge challenges, the interpretations and the science were so varied and there was so much that was unknown and within that context the IHPBA had to make decisions. Stopping outreach and chapter development was easy but what to do with the world congress was not. We set up a chat room and a registry. There was a push to cancel the world congress in April. The next few months were filled with endless discussions and attempts to predict the future for the next 9-12 months. As an organisation we returned to the objectives of the IHPBA and clearly understood that our obligation to our members was to provide a platform for advancing knowledge and practice of HPB medicine. A recent member’s survey identified networking as a significant member benefit that was really valued by our membership. It became clear that we would have to explore methods of achieving other benefits identified, but face to face networking was not one of them. We were committed to ensuring that the premier HPB meeting globally was preserved in some way or another. Before July we explored delaying a hybrid meeting to February 2021. I am really grateful to our regional associations and their standing Presidents who were all behind this plan despite the negative impact it could have had on their own regional meeting in 2021. I believe that this willingness was one of the biggest expressions of the positive outcomes from harmonization.

However, by July 2020 it became clear that a face to face meeting even in early 2021 was not going to be likely and we began to explore the options for a fully virtual meeting. This process was led by Alison and ACS Global very ably supported by Michelle and together with the PCO and endless financial modelling a plan was developed for a virtual meeting. The responsibility for making this work academically then fell on the scientific committee and Shailesh led this effort with such willingness and ease and together with Anne Walker then modified the program. I am sure you will all agree that the final program and the delivery was superb and enjoyed by many.

The choices were influenced by the potential financial impact. Cancellation was the most costly and a virtual meeting had some chance of breaking even. We had hoped that the biomedical industry could shift their focus from a marketing strategy to an education support and grant opportunity. This was only partially successful. However we always accepted that delivering the mandate of the organisation may cost us money but that due to the successes of our last few world congresses as well as other income generating opportunities such as our investments and our corporate partner program, the IHPBA was able to absorb any potential lose. Our partners were not in the same financial situation and we had to ensure that we could limit the losses that the ANZHPBA and the APHPBA were risking. Again the principles of harmonization meant that the IHPBA had to be sure they could prevent financial ruin of our regional associations and chapters. We were prepared to do this through legal means and had to redraw the contracts. I am sure that when the final budgets are completed for the world congress we will all be comfortable with the final financial outcomes.

I want to thank each and every one of you. The committees continued to function and to deliver on their remits despite the added clinical burden that everyone faced. We remain a strong organization and I need to thank the executive committee who were extremely supportive during my presidency. Each and every one of them was willing to go the extra mile when it was required. We continued to meet and the meetings were often much longer than we would have liked. I could not have lead this organisation during this time without the incredible support I had from Alison Shamwana. I believe the IHPBA is enormously blessed and privileged to have her as our executive director. Nothing is too much and her innovation together with her team especially Michelle Peters are remarkable. Even during difficult times in her own personal life she remained focused and delivered on her commitment to the organisation.

To those who have served on the Council and will be finishing their tenure, I want to thank you for your contribution to the IHPBA , I am sure I speak for the executive when I express our gratitude to you and hope that you will continue to serve the organisation through active participation in the committees and activities of the IHPBA

I want to wish Norihiro Kokudo a successful next 2 years. He like I, have a great organisation to lead. You have an excellent EC and fantastic people on your committees and I am sure the next 2 years will be enormously gratifying as they have been for me. It has been an honour and a privilege to have had the opportunity to lead this organization over the last 2 years. I am also grateful that I will still have the opportunity to contribute to, and serve the IHPBA in the next few years.