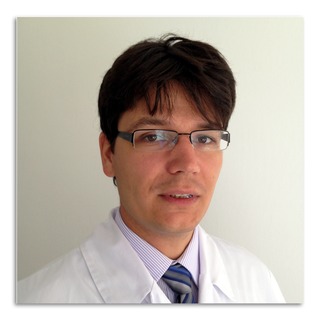 IHPBA and the Kenneth Warren Foundation are delighted to announce that the IHPBA Kenneth Warren Fellowship for 2014 - 2015 has been awarded to Dr Guillaume Passot of the Hospices Civils de Lyon, France.

Dr Passot grew up in St Etienne, France, and studied medicine at the University of Lyon.  He worked his residency at Lyon South Hospital under Professor Olivier Glehen and became interested in research and clinical practice in surgical oncology.  His research area of interest is colorectal metastasis.

The Warren Foundation has provided Dr Passot with the opportunity to become a fellow at MD Anderson Cancer Center, under Professor Jean–Nicholas Vauthey.   Dr Passot will be in charge of a research project on liver metastases, and more specifically on micrometastases. Micrometastases, defined as separate satellites only seen upon microscopic evaluation of CLM, are reported to be present in up to 81% of patients in series of resected liver metastases. They are believed to be responsible for local recurrence at the resection margin after curative resection. We hypothesise that the existence of micrometastases represents biologically and clinically different patterns of liver metastases and the future study will try to determine in-depth clinical-pathologic and molecular characterisation of CLM with micrometastases. The results may help in better selection of patients for chemotherapy but also may provide evidence of clonal diversity. The results of these studies may contribute to our understanding of pattern of recurrence, response to therapy, and patient outcome in patients with positive margins.

Dr Passot is looking forward to living in Houston, Texas, for a year, and sees it as a great opportunity.  He is delighted to be joining Professor Vauthey’s team.  During his residency he spent 6 months at Tulane University in New Orleans, Louisiana, which he very much enjoyed both professionally and personally.  He is hopeful that his experience of the American medical profession will be of benefit in allowing him to easily settle into his new position.

Dr Passot sees the fellowship as a very important opportunity:  “The MD Anderson Cancer Center is a very famous hospital for cancer treatment worldwide, and Professor Vauthey’s team is at the forefront of liver metastasis management.  For my future practice, I’ll observe how patients are managed,  I’ll be involved in clinical research and advanced projects on liver metastases.   I would like to be more involved in research and teaching when I go back to France.  This experience is University of Texas will be very informative.”

IHPBA would like to congratulate Dr Passot on becoming the Warren Fellow for 2014-2015 and look forward to giving an update on his research in due course.