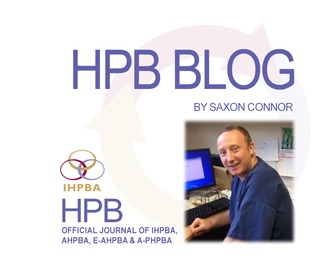 This issue of HPB sees another collection of original articles and systematic reviews.

The first covers the “hot topic” of scoring systems for predicting post-operative pancreatic fistula (POPF). This has gained significant attention since the IHPBA 2014 presentation by Charles Vollmer and publsihed in HPB last year.

The systematic review by Vallance et al identified 6 scoring systems. Interestingly across all 6 scoring systems, there were only 16 unique variables, 12 of which appeared in only one scoring system. Although the authors could not come to strong conclusions regarding the optimal scoring system, I think this article is well worth reading as it summarises the literature on a topic from which you will hear much more in the future. Ultimately, this is the first step to develop true risk stratification. With that achieved, the speciality may finally be able to emulate cardiac surgery by developing international databases which allow robust benchmarking. For these reasons, I would suggest this paper is a must read.

The second systematic review by Smits et al summarises the role of matrix bound sealants in reducing POPF. No evidence exists currently to support their use. For this author it would seem unlikely that future work in this area is likely to be beneficial given the pathophysiology of POPF.

This month’s editorial highlights summarise original articles covering disappearing colorectal liver metastases, LN 16 and pancreaticoduodenectomy, and the outcomes following surgery for giant HCC. However, the paper that will also catch many readers attention addresses the difficult clinical scenario of a radiological biliary stricture with normal liver biochemistry. Thomasset et al describe 326 (43%) of 761 of patients with a radiological biliary stricture presenting with this clinical scenario. Of these 326 patients, 143 (44%) had normal bilirubin and normal LFT’s of whom only 16 (11%) had a malignant etiology. In those 184 (56%) patients with normal bilirubin and abnormal LFT’s, 43 (23%) had a malignant etiology. Other factors associated with malignancy included hypoalbuminaemia and isolated intrahepatic duct dilatation. While isolated CBD dilatation was associated with benign disease. It was however a shame likelihood ratios were not provided given the high incidence of benign disease (65%) in this series.

Another great issue to educate the HPB community!